Despite all the upgrades my '84 based 700r4 burnt the 3-4 clutch-pack out. This was an Alto 9 plate "power pack", evidently having thin steels is a bad thing because they don't dissipate the heat very well and end up warping,which is what happened to these ones. 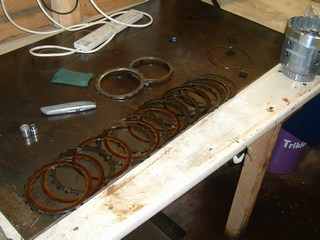 So I'm now rebuilding another box from scratch on a 1987 core, using a PATC 8 plate alto 3-4 pack that has full thickness steels. Time will tell if this works out.

I'm building it using pretty much using all the parts from the PATC / Transmissioncenter Level 4 - 700 Mega Raptor They supplied all the parts mail order. It's supposed to be good for 700BHP and 700ft-lb of torque, but on their site it says "big wheels, superchargers, weight and 4wd will lower the ratings". Urr, I'm 'yes' to all those!. I hope it should take around 500bhp/ft-lb torque, which hopefully keep me going for a while until i can see if a 4L80e will fit. The original shipped front planet was poor quality, they shipped a replacement; no quibbles. :-)

Note to self: find cheaper hobby.

The stator shaft was pressed out and replaced with another used one. The torx screws holding the shaft in are soft as shit and wont undo without chewing them up, so just drilled the heads of and replaced them with button head capscrews.

The front pump drainback hole was enlarged, first with a 7mm drill and then 8mm. Finally the entrance was blended to aid oil return. (Photo taken with the incorrect bush fitted) 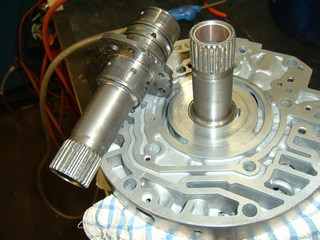 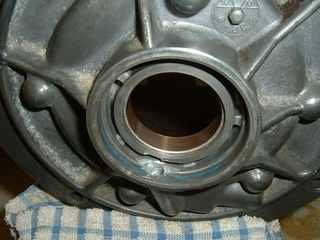 Custom made drifts were made for the front pump, rear case bush and stator bush. All the other bushes were pressed in using a flat mandrel and the old bush as a drift. Plenty of atf to aid startup priming. 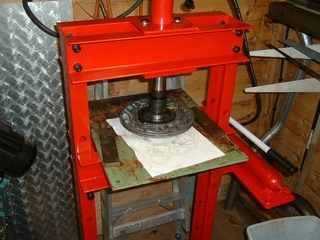 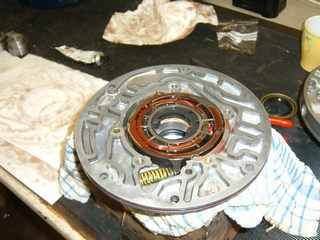 A die grinder with a small bit is used to cut the old bushes out. I fitted an extra wide bush in for the stator support. 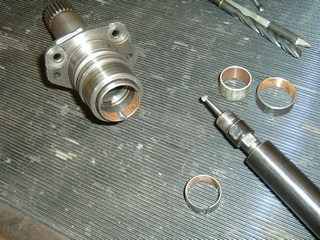 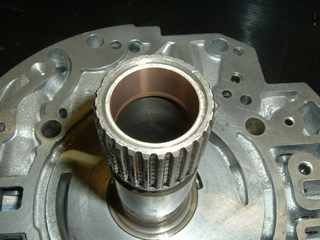 All was going well until I came to fit the bush into the drum and realised that I had fitted it's bush into the front pump (similar size, different colour). Make sure you fit the silver one in the pump and that you orient the seam in the bush towards the top. 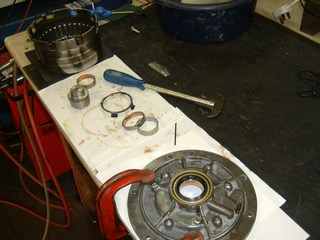 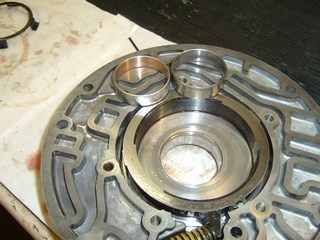 Starting with a throughly cleaned case, I put it on my bench over a 2" hole in the worktop. 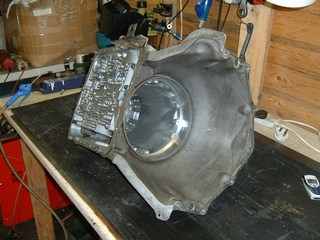 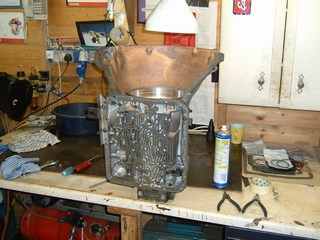 The circlip is tricky to fit, so i modified it so it could be easily held in the snap ring pliers. Home made spring compressor goes through the hole in the bench. A final air check of the low/reverse piston is performed. 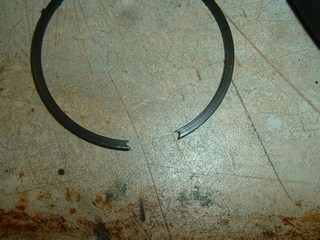 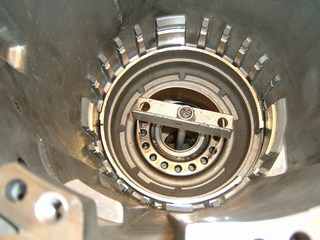 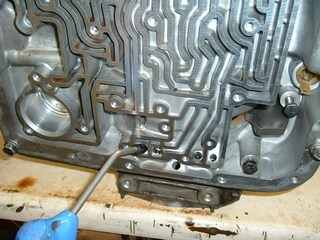 A 29 Element sprag is fitted and the Torque drive inner sleeve with the roller bearing on top. 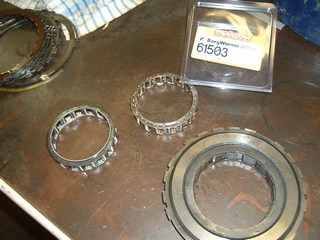 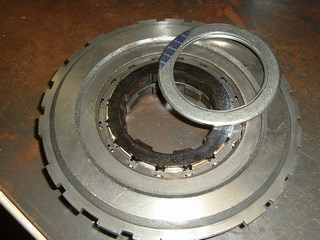 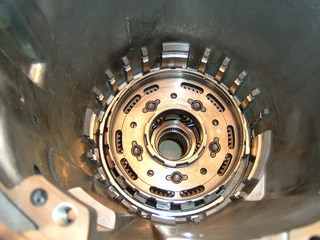 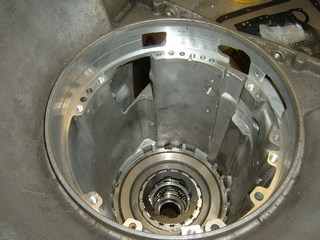 My output shaft is the shorter Corvette type (According to the ATSG manual) - so i needed to shorten the one from the new box to make it fit my LT230 adapter plate. For ref, the Corvette shaft overall length tip to tip is 4xx mm 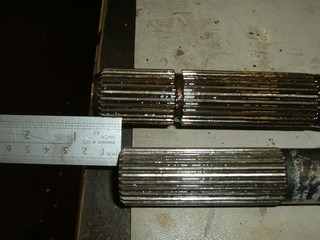 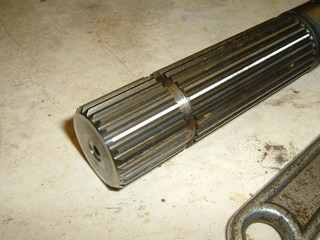