This project sort of evolved over a short space of time. We were happy in our existing house, apart from not having much parking out the front, a single garage and a neighbour who plainly didn’t like me (or more specifically my cars).  We half heartedly looked into getting the kitchen done and maybe the front driveway redone, then in June 2011, I stumbled across what I considered to be my “perfect house” - a large drive with a big garden on its own plot not shared or overlooked by anyone.

We couldn’t proceed because we hadn’t even put our house on the market. So we put it up for sale and it sold within a few weeks - we always knew it would sell easily as it had a massive vaulted living room, which we loved.

That “perfect house” sold to another buyer, but ironically a few months later fell through and the vendor took it off the market - so maybe dodged a bullet there.

So we kept looking around for something similar - main requirements were that it had to be in Newport Pagnell (Schools and kids), plenty of parking and a double garage. That’s a tall order for Newport, as the town has three main housing estates and just a handful of decent sized non estate locations. 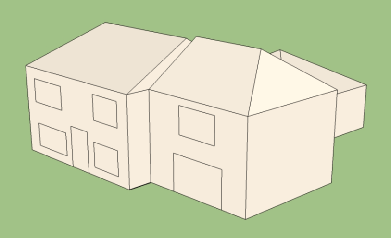 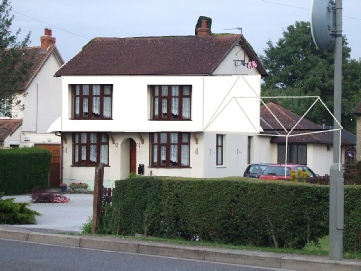 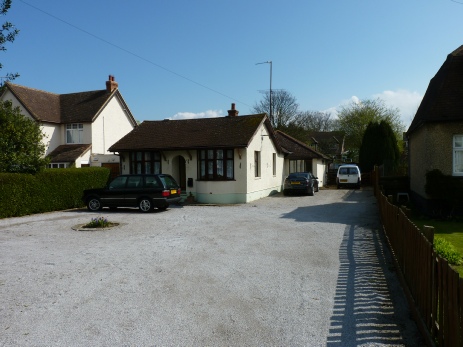 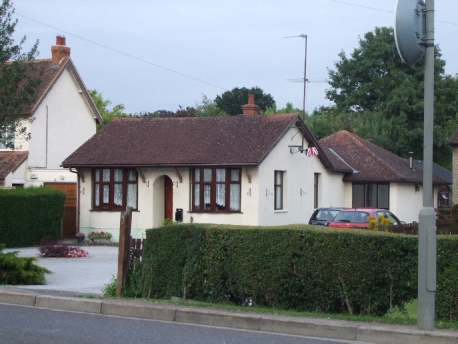 Here are my comically poor attempts at trying to visualise the possibilities - one using Google Sketchup (which is brilliant) and the others using Microsoft paint!. Initial plans were to convert it into a house and then extend across to make a garage. At this stage I didn’t even consider demolition, as I assumed I wouldn’t get planning permission.

I made an offer on the house conditional on pre-planning advice from the council. On the 20th October 2011, The council came back and agreed in principle, but to my surprise they suggested full or partial demolition would be a better approach.  My builder said that there wouldn’t be much difference between extending and demolition (Which I now know to be true, demolition and clearance came to £8k)

We went ahead and purchased the house - we paid £365 for it, which which is a fair amount for something you intend to knock down - but to this day one year on, I’ve still not seen anything closely suitable come on the market (self justification!)

Once moved in, it became quickly apparent that the old part of the house was suffering from terrible damp problems and was pretty much rotten. The homebuyers report made passing reference to “a hint of damp” and didn’t spot the dodgy plumbing and dangerous electrics. All of our clothes were musty and damp, anything left under the beds went mouldy.

The problem with extending an older property (mine was circa 1930),  is that you end up with a highly compromised design, with a poor internal layout and you have to spend a fortune on scaffolding keeping the house dry whilst you remove the existing roof.

We were aware of this bungalow on Wolverton Road, which met only two  criteria - good space and in Newport. Now I’m an extremely busy IT nerd who commutes to London every day and certainly no property developer - so how do you take this thing and get it into something you want and how much will it cost? 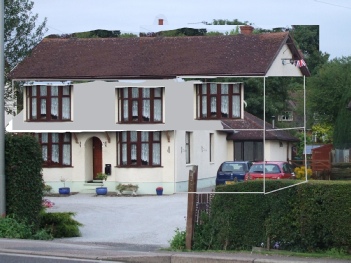 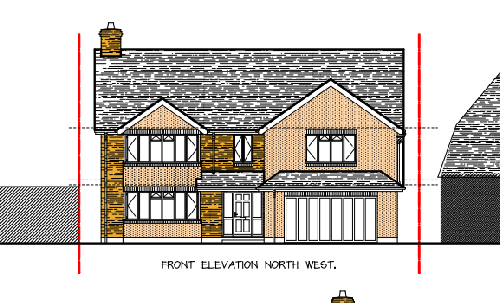 So with the tacit nod from the council and considering the general poor state of the place, we decided apply to demolish the front half of the house (which was the oldest part) and retain the rear part which was an extension built in the mid 80’s - which seemed fairly well built and insulated. Plus the rear half of the house had the kitchen, dining room and living room - we could use this as a “life boat” during construction. My planning application went in February 2012 and was granted on the 29th March 2012.

So - here’s the last ever video of the bungalow - teardown started the next day: 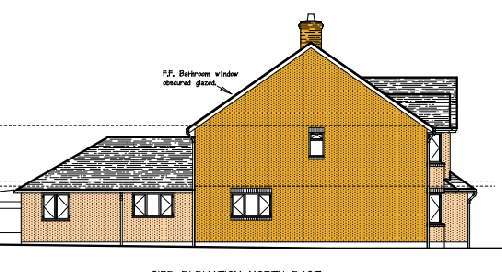