Now that i'm running a bigger engine, what better way to squander that extra power, than fitting massive tyres to it!

Comparision of 33's against 35's, Massive amounts of lead required to balance them 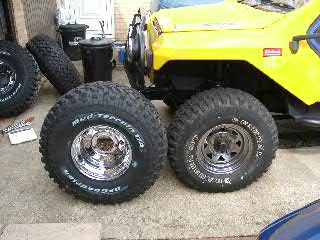 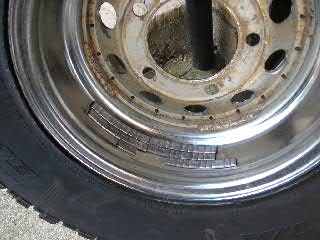 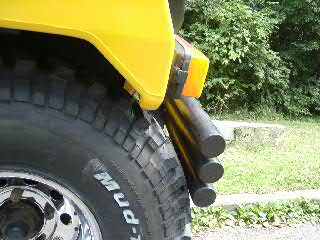 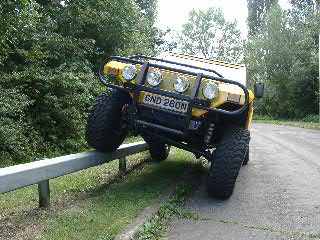 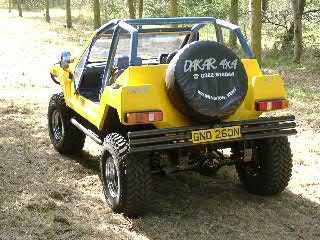 Ive now fitted a TH700r4 gearbox and a 1.19:1 transfer box, which pushes these wheels along nicely.

Andy has been playing with big tyres too, these are a pair of Interco Super Swampers 44's he fitted but removed as the car was un-driveable: 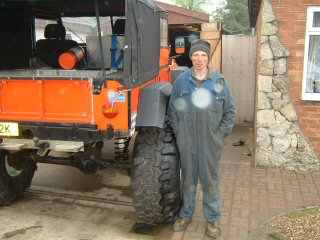 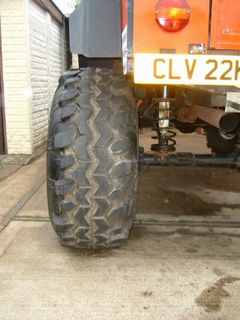 He has now fitted a pair of 39's super swampers to it, which with castor angle correction seems to be a good combo. 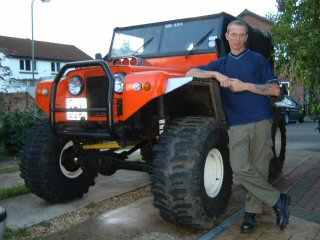 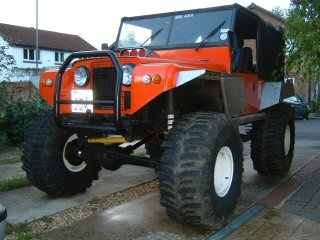 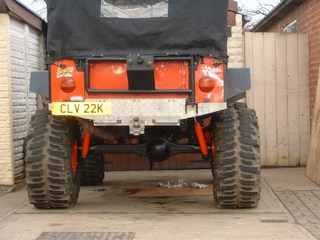 21/6/2006 Yet another creation from Angle Grinder Andy 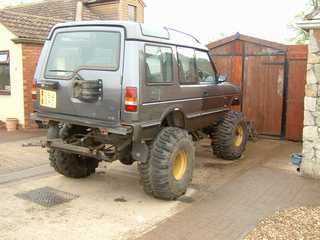 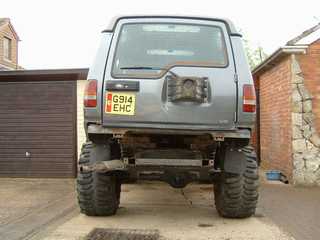 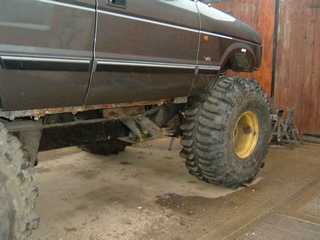 If your'e thinking of doing this, dont waste your time jacking and propping the body up - just remove the whole thing and make a subframe at the desired height.