Following the demise of my TH350 recently; Slipping low/reverse clutch probably caused by a worn Governor, I thought I might bring my 4 speed conversion project forward. Also whilst it was out, I purchased a couple of LT230 transfer boxes one is 1.192 the other is 1.4 ratio to attempt to improve the gear ratio with my 35" tyres.

Ive obtained a secondhand 700r4 box, I know these can be made to fit, but its going to require some modifications. The transfer box needs to be moved back 96mm. With a corresponding lengthening of the front prop and shortening of the rear prop. Instead of re-drilling the mounting holes for the transfer box, i'm going to make new 94mm offset brackets. I will also move the handbrake forward by the same amount. Some of the rear transmission tunnel will require cutting and beating to allow the rear brake drum to clear.

Here's the first mockup. The Box itself is about an inch longer than the 350 and shaft is about 2" longer.

Update: I now know this to be a Corvette style output shaft which is 15mm shorter than a normal shaft. 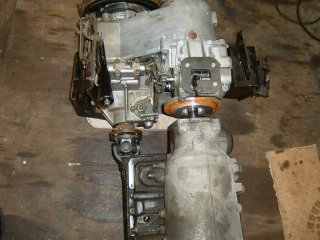 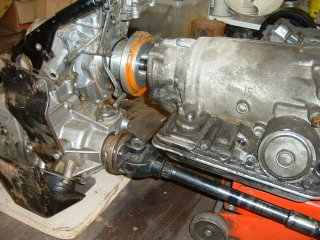 The transfer box needs to go back 96mm on my car, so rather than re-drill the mounting holes, i decided to extend the brackets forward. 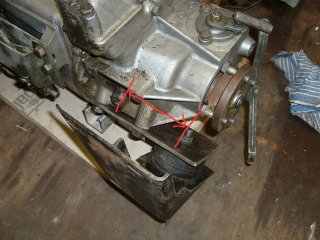 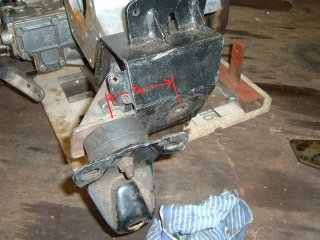 The next problem, is that the rear brake drum rubs on the chassis. Conveniently, there's a hollow section running along the length of the floor, so it just needs cutting away. I used a combination of Jig saw for the majority of it, plus a series of holes for the tricky bits. Followed by various grinders.

You will notice that ive built a custom cradle for the LT230, Last time I removed the transfer box without it, I managed to gash my hand quite severely - I would highly recommend making one of these.

Note to self:Purchase a plasma cutter. 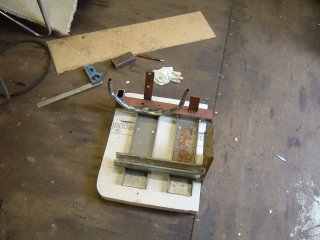 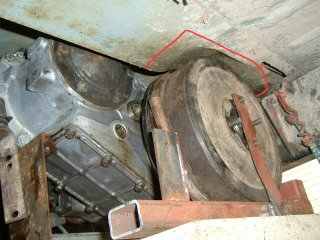 Here you can see the results of all the grinding. 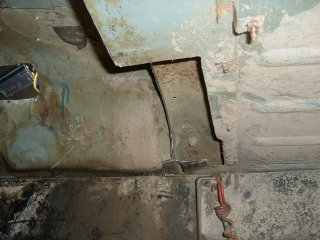 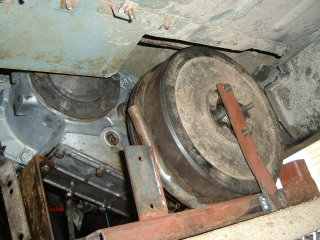 The handbrake has been moved forwards and the linkage extended. 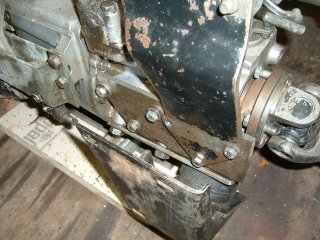 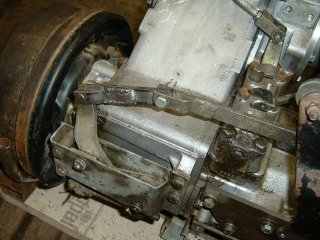 My dad has made a spacer that bolts up to the existing adapter, the inside is tapered to allow the tranny fluid to drain back to the box. 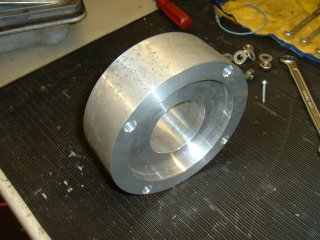 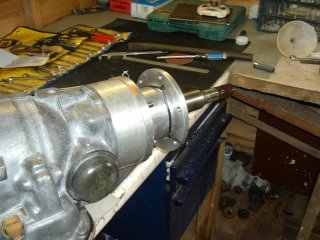 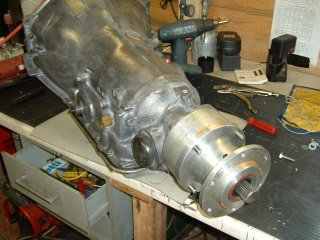 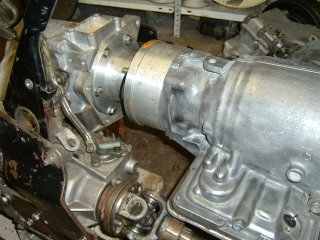 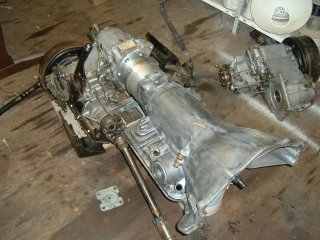 Here's a comparison of using a standard front prop. It will fit, but its extremely tight. Also shown is the new lengthened prop. its had 105mm added to it. It's welded and cross-doweled. 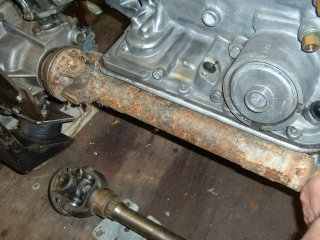 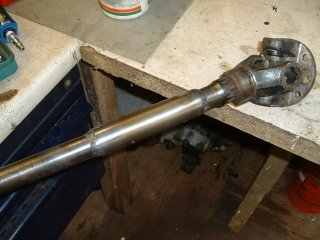 Ive fitted a BM shift kit, Ive used the Heavy duty 4x4 setting. (I done street strip on the TH350, and i liked the rapid shift, So i might live to regret this decision) 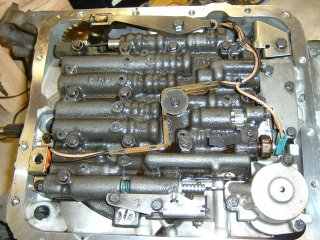 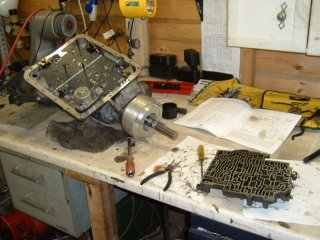 Things are pretty close, but everything clears. These photos were taken with the front axle dropped right down. Before I get more stupid emails from people arguing that the pan is too low and will get hit underneath, those dents and scratches are from the gearboxes previous life in a corvette or something. 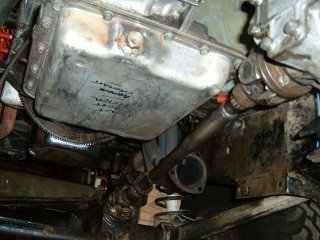 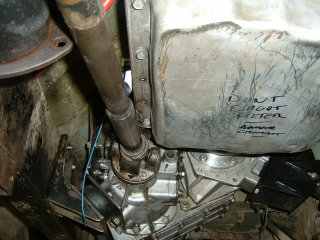 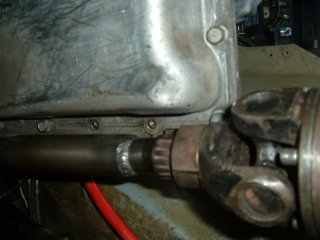 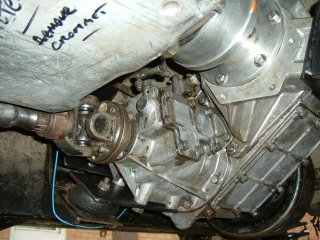 You can get an idea of the layout of things from these photo's taken from inside. I'm pretty happy, because Ive retained the handbrake in its original position. 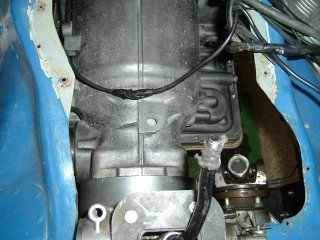 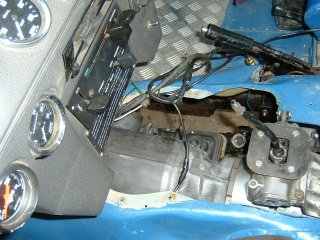