After careful thought, i realized the TBI isn't man enough with its 1 3/4" bores, Which i reckon will only flow around 500cfm. The other problem is that the throttle bores overlap the square manifold considerably: 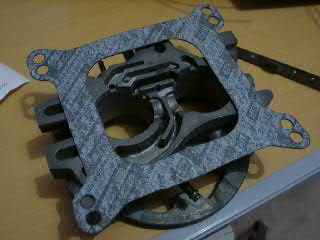 Plus it looks a piece of crap too!, So I'm going to go straight to port injection.

Converting a Holley Carb into a throttle body:

After seeing a few carb to throttle body conversions, i thought i would do one too. Problem was that i didn't have an old one lying around, Real steel sell Holley throttle plates for £60 or complete carbs for £120 , as i wanted the throttle bores also - i purchased the whole thing!

[2006 Editors Note: I took this approach, because at the time cheap 4 barrel throttle bodies didn't exist - however you can now use the Autonomics throttle body which does the job perfectly, only follow these instructions if you feel like making your own!]

The man in the shop looked very bemused when i told him what i was going to do this carb: 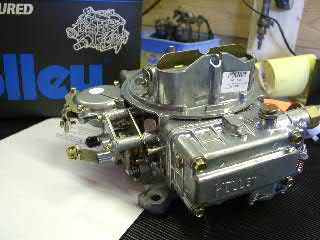 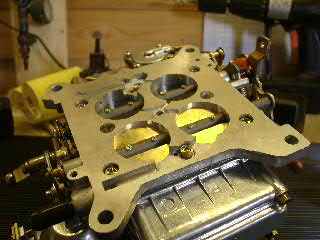 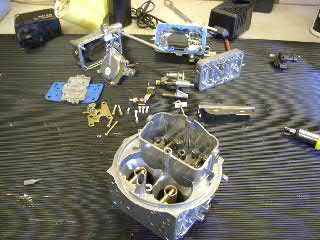 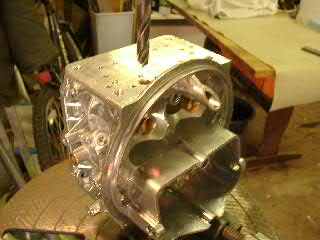 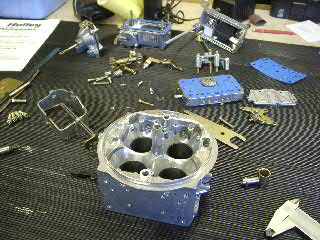 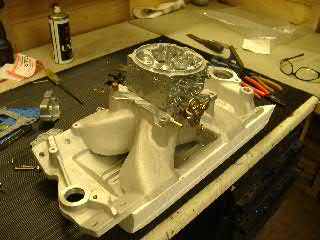