Made a rig up to pressure test my inlet system. Using washing up liquid sprayed the throttle body, it turns out my carb/throttle body leaks quite badly around the throttle shafts. So need to look at alternate throttle body ideas. Further testing on the bench also revealed that the flange on my carb hat was warped from the welding process (hence the bubbles) 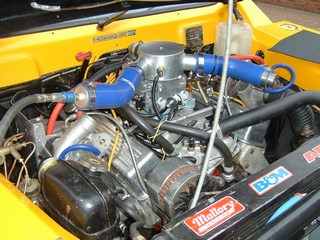 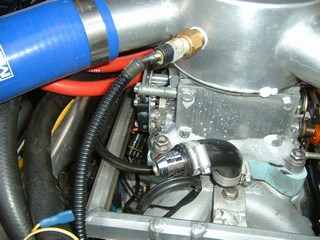 Blimey, time flies..was that a month ago..

I obtained an Autonomics throttle body from UK supplier Bill Shurvinton to see how that faired up in the leak test. It doesn't have any seals around the throttle shafts, but overall it leaks less than the carb version (which was leaking between the plates and the body) - and I was fed up with people thinking it had a carb rather than injection, so i took the plunge and adapted it to fit.

This photo shows one with intake restrictors fitted to make it work with smaller engines. The throttle plates are 44mm and the venturi's are 33mm, Autonomics claim that its good for 750CFM. My old holley carb had 39mm plates (venturi's were removed), so at the very least I'm going to machine it out to 40mm.

Also worth noting that the flange on the top doesn't fit a standard air cleaner, although it does come with a plastic spacer to adapt it. My carb hat has an internal ID of 5" which was a sloppy fit even with the supplied adapter, so I had a new accurate one made up. 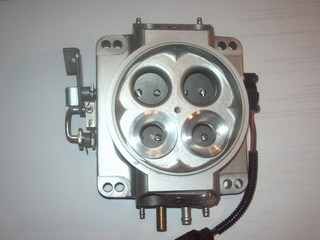 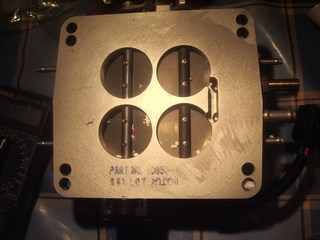 As with all these things, its never a straight bolt-on. Because I'm running a TH700R4, the TV cable has to be spot on, otherwise you will kill the transmission.

First fitment resulted in a slight slip on the 2-3 change, so I removed the entire lower half of the throttle leaver and re fabricated a new lever for the TV cable following the correct dimensions. This resulted in an idle TV pressure of about 115-120 psi which is too high, changes were late and sharp. So I moved the pickup point back a little, whilst maintaining the 1.1" radius from the throttle centre line.

You must ensure that there is an immediate line pressure rise as you touch the throttle, if there isn't the geometry of your lever is wrong. 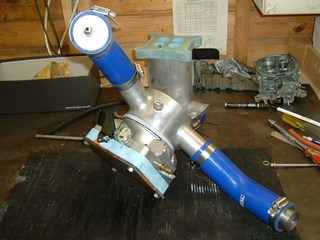 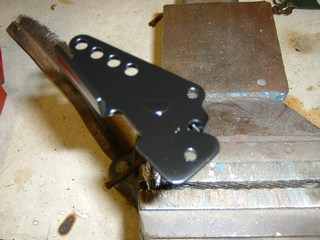 Here's some photo's Bill sent me on how to convert the TB to progressive linkage: 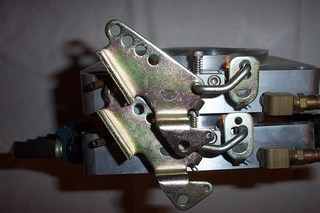 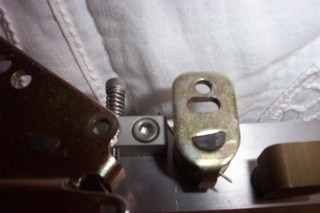 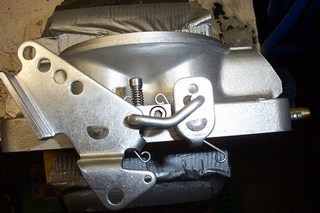 Bored it out from 33mm to 41mm, according to my sums, should be good for around 770CFM - which should see me up to 9psi boost if i need it. 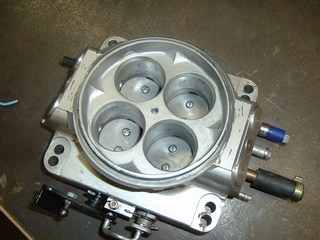 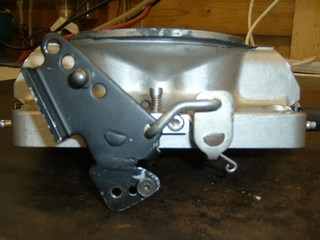 Modded the throttle to progressive action, works well but binds on the return spring slightly. Makes it easier to control wheelspin on roundabout exits. 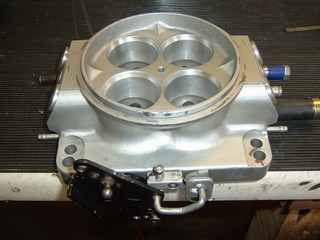 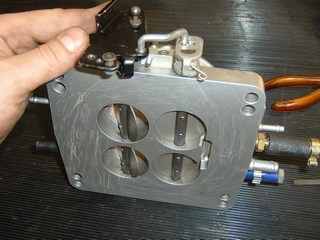 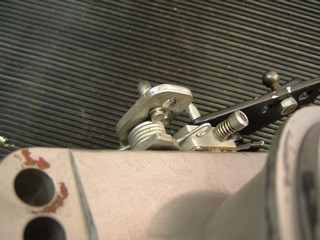